Not so long ago, all cannabis plants were considered illicit drugs. That leads to the question, can drug dogs smell your now-legal CBD oil?

Imagine the following scenario: you are traveling with few bottles of CBD oil in the luggage, and the customs dog starts doing its rounds in the airport.

If you have ever been in this situation, chances are you wondered – Can drug dogs smell CBD oil? Does hemp-derived cannabis oil smell like weed?

In this article, we answer your questions about what sniffer dogs can smell. We will also explain what to do if the police dog finds your CBD. 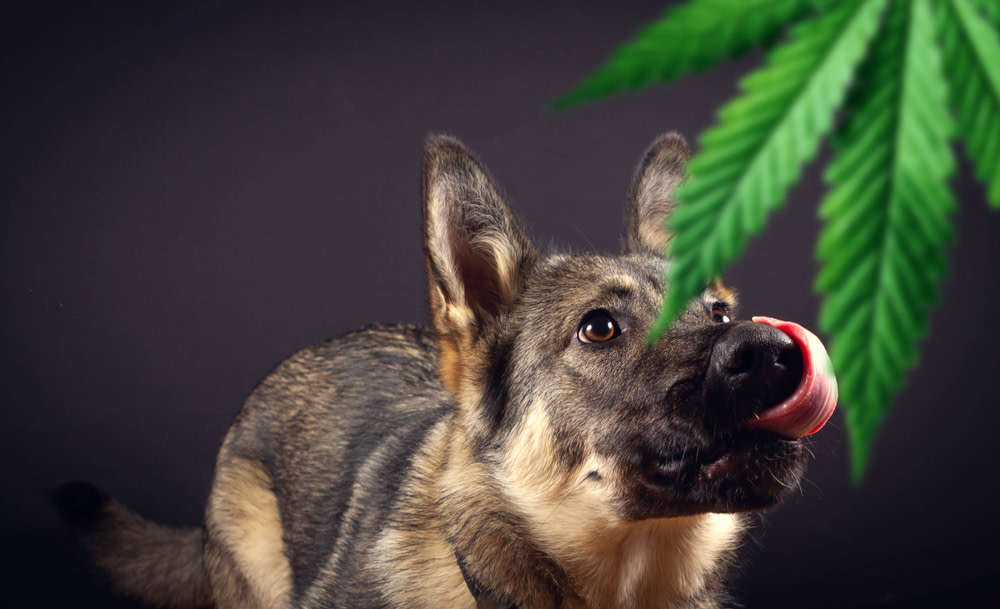 Yes, drug dogs can smell CBD oil for pets and humans. Dogs have an incredible sense of smell. In fact, they are 10,000 times more accurate with their noses than us humans.

Pair these super-powerful olfactory receptors and odor-detecting ability with the instinct to hunt, desire to please, and trainability, and you get the perfect sniffer dog.

What Can Drug Dogs Smell?

As long as they are trained, drug dogs can smell anything – from heroin and cocaine to methamphetamine and cannabis.  However, drug dogs are usually trained to sniff between two and five different substances.

Interestingly, drug dogs smell vape and separate mixed odors, meaning they can detect cannabis even if mixed with nicotine vape juice or inside vape pens or vape cartridges. Plus, vacuum-seal bags cannot cover the smell as the cannabis odor will seep through the plastic's microscopic holes.

How are Drug Dogs Trained? 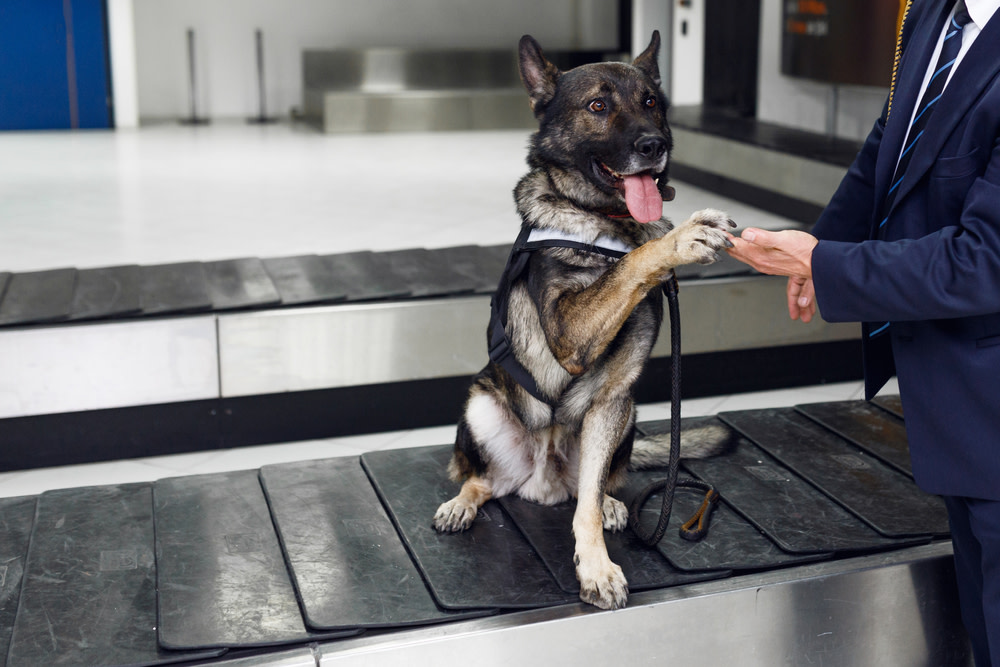 The drug-detection training for dogs starts with choosing the right candidate for the job. Although all canines can smell illicit substances, some dogs make better sniffers than others.

Generally, dog breeds with a higher number of scent receptors are more likely to excel in drug detection tasks. This group includes:

As for the training itself, the process is long and challenging. Basically, the handler needs to train the dog to associate its favorite toy with the chosen drug smell (for example, hemp oil). Usually, the toy is a small white towel that the trainer will use to play tug of war with the dog.

Once the dog links the towel with fun, the handler will start placing small amounts of the target scent (in this case, hemp oil) on the towel. Over time, the dog will make a connection between the hemp smell and playtime.

In other terms, locating the hemp-smelling towel becomes a game, and the dog receives a reward for its job-well-done, thus positively reinforcing the detection habit.

How Accurate are Drug Dogs?

There is much controversy about whether the dog's sense of smell is trustworthy enough to convict outright a person carrying an illegal substance. Even today, people are wrongfully accused, and unnecessary arrests are being made.

A 2014 study that looked at the efficacy of drug detection by fully-trained police dogs found that:

The study, therefore, shows us that effectiveness of a search has many variables. For example, another study found that handler belief, gestures, and bias can affect the dog's detection outcome. 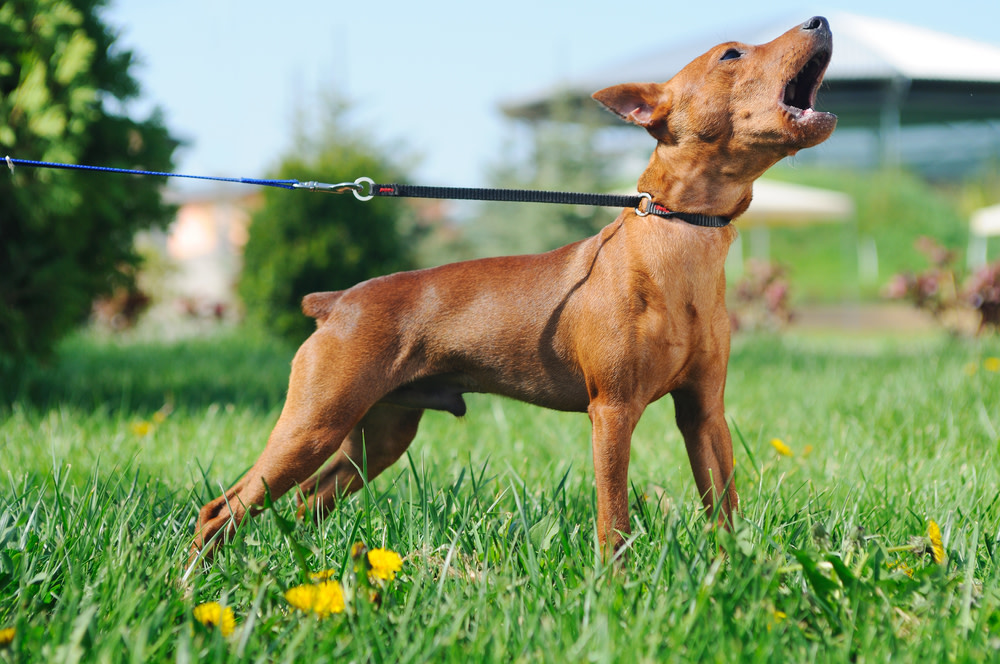 The U.S. Transportation Security Association states that "marijuana and certain cannabis-infused products, including some Cannabidiol (CBD) oil, remain illegal under federal law except for products that contain no more than 0.3 percent THC."

By definition of the Farm Bill of 2018, hemp cannot contain more than 0.3 percent THC.

Namely, as the legal status of CBD products changed, law enforcement is focusing its narcotics-detection efforts on more significant problems.

Simply put, since hemp products are legal, trainers will not waste their resources on teaching dogs how to detect hemp CBD oil.

Do Marijuana and Hemp have the Same Scent?

Essentially yes, in both marijuana and hemp, sniffer dogs detect the same odor – the terpenes. Terpenes (caryophyllene, beta-caryophyllene, and pinene) are what give the cannabis plants their unique scent. It has been found that hemp can yield terpene profiles similar to those of marijuana plants, sometimes giving them a similar aroma.

There are over 100 identified terpenes in the cannabis plant. Terpenes can enhance the effect of cannabinoids like CBD and can influence the experienced health benefits. Therefore, a full-spectrum CBD oil will be rich in terpenes and have the characteristic "cannabis smell."

Sniffer dogs signal for the substances they have been trained to detect. As mentioned, hemp CBD oil is usually legal, meaning dogs are not routinely trained to alert its presence. However, there is one problem – dogs cannot differentiate between hemp and marijuana.

Not so long ago, the FDA coupled marijuana with hardcore drugs such as ecstasy, cocaine, heroin, methamphetamine, and other narcotics to make things worse. Plus, a dog trained to detect the cannabis terpenes cannot unlearn its training – the initial odor has been embedded in the dog's "hunting" bank.

In a nutshell, a marijuana-detecting dog can alert the police officer on CBD, too, since the regulations and legality of cannabis products are complex and vary among states if traveling, always have the CBD product's Certificate of Analysis on hand. 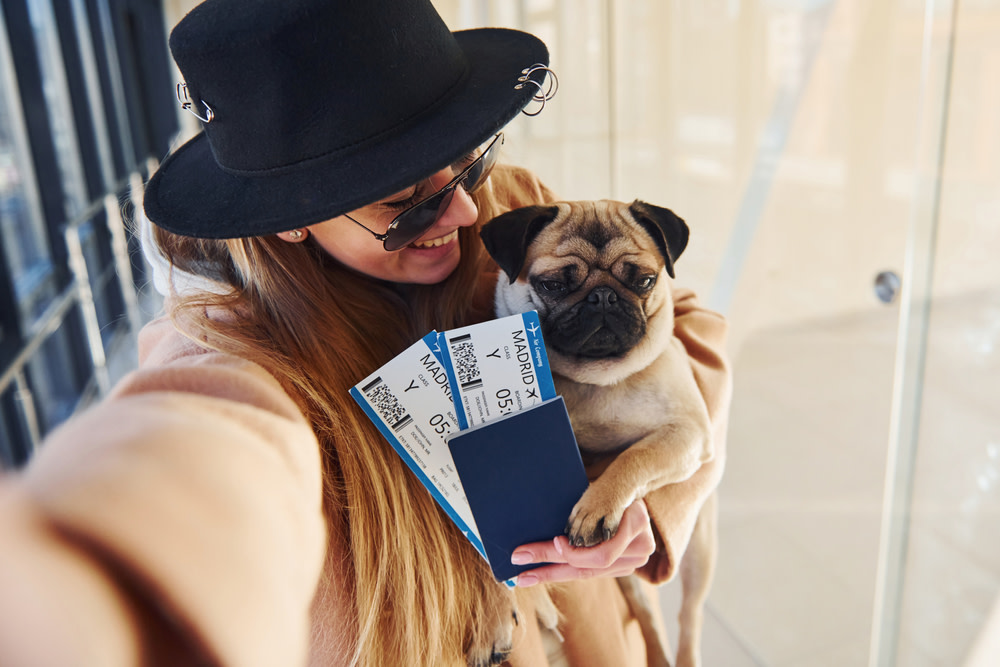 In places where hemp-derived products are legal, there is no reason why a drug dog will target your CBD. Cannabis products from hemp contain an irrelevant amount of THC, and they are legal on a federal level in the United States.

However, with such newfound freedom and use, dogs can confuse CBD with marijuana due to its related scent. Have the Certificate of Analysis on hand if traveling, or save it to your phone for easy access.

For more information about Honest Paws CBD for pets, browse the topics on our Honest Paws website. We want you to be informed and confident in the CBD products you choose for your pets. Make sure to also check for CBD for dogs reviews!

Products related to this article

Ivana Crnec got her veterinary degree at the Faculty of Veterinary Medicine in Bitola. She then continued her education at the Faculty of Veterinary Medicine in Zagreb, Croatia, where she specialized in domestic carnivores. During the faculty years, she participated in several international Zoo and Wildlife preservation projects and wrote research papers published in international journals. She spent the faculty summer breaks volunteering in two veterinary clinics – Fiziovet and Kreszinger in Zagreb, Croatia. Additionally, she is a certified nutritionist and is certified in HAACP food safety system implementation. Now, Ivana is a licensed doctor of veterinary medicine, a passionate writer, and a devoted pet parent. She has actively worked in the veterinary industry for seven years, gaining experience in various fields – from preventative medicine and wellness through diagnosing and treating conditions to emergency and specialty care. Today, she is a board member of the Bibevski Foundation, and her primary focus is advancing animal healthcare through research and education.