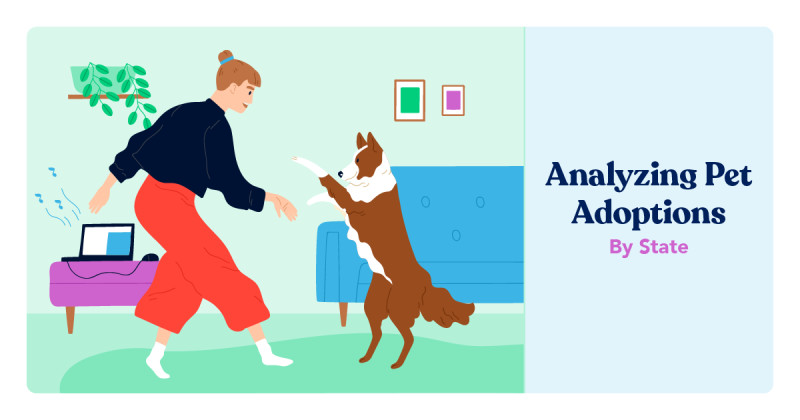 No one can deny the unparalleled comfort that our pets bring us. The healing power of a cat’s purr or cozy, couch snuggles with a canine companion can work wonders at the end of a long and tedious day. Pet-induced comfort was needed tenfold last year in a world restructured for social distancing, working from home, and remote learning. Pet acquisition rates soared as a result, in the form of purchasing, adopting, or fostering pets. Overwhelmed shelters and long waiting lists with breeders became the norm in 2020.

Pet adoption data for 2016-2020 was sourced from Shelter Animals Count - The National Database. Shelter Animals Count classifies “pets” as cats and dogs; therefore, these were the two species analyzed in this study. In this study, we collected net (or adjusted) live outcomes by state. Net live outcomes indicate the count of cats and dogs that were released from the shelter alive due to adoption or being returned to the owner. This figure does not include animals released alive that were transferred to other shelter organizations. 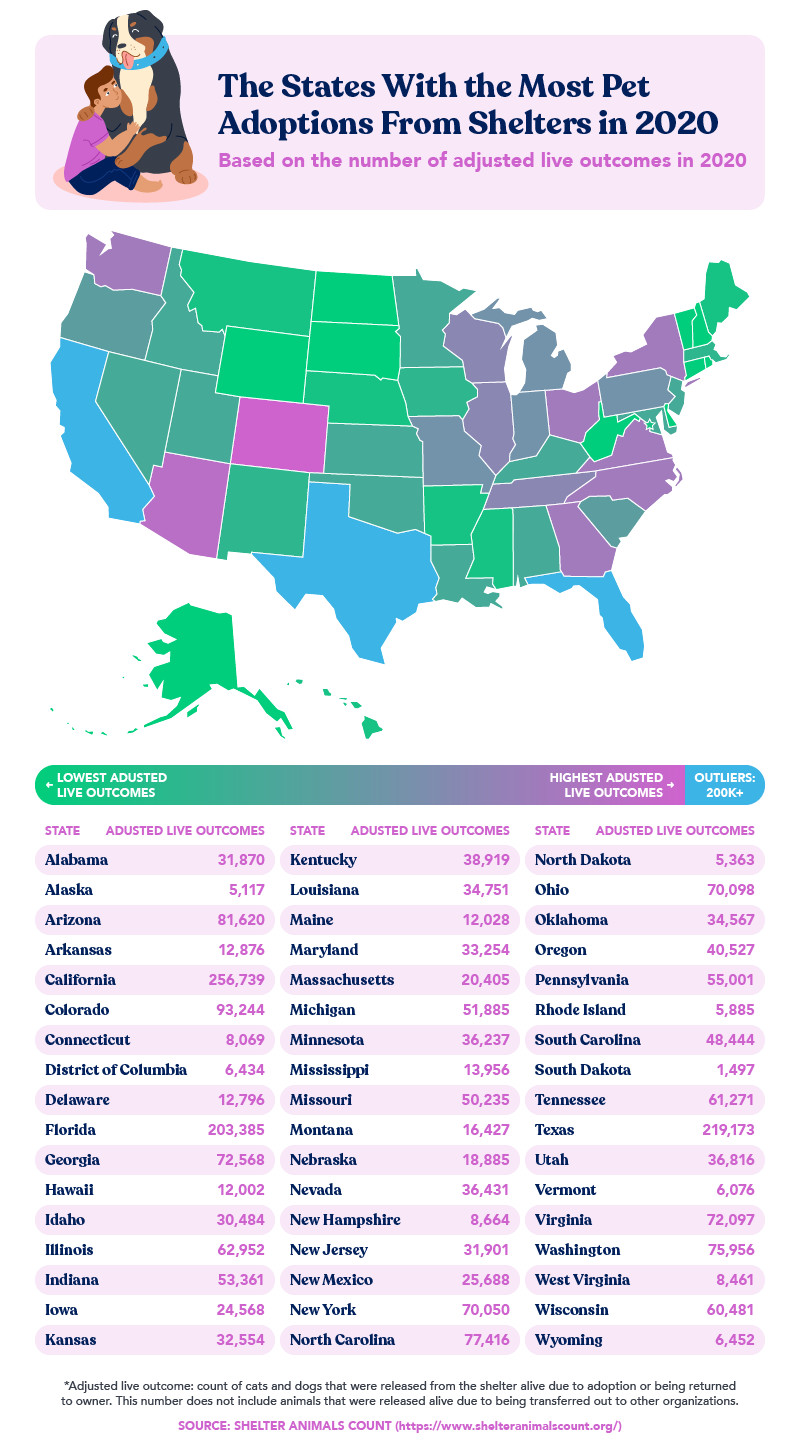 However, when we look at these numbers on a per capita basis, the results shift quite a bit. 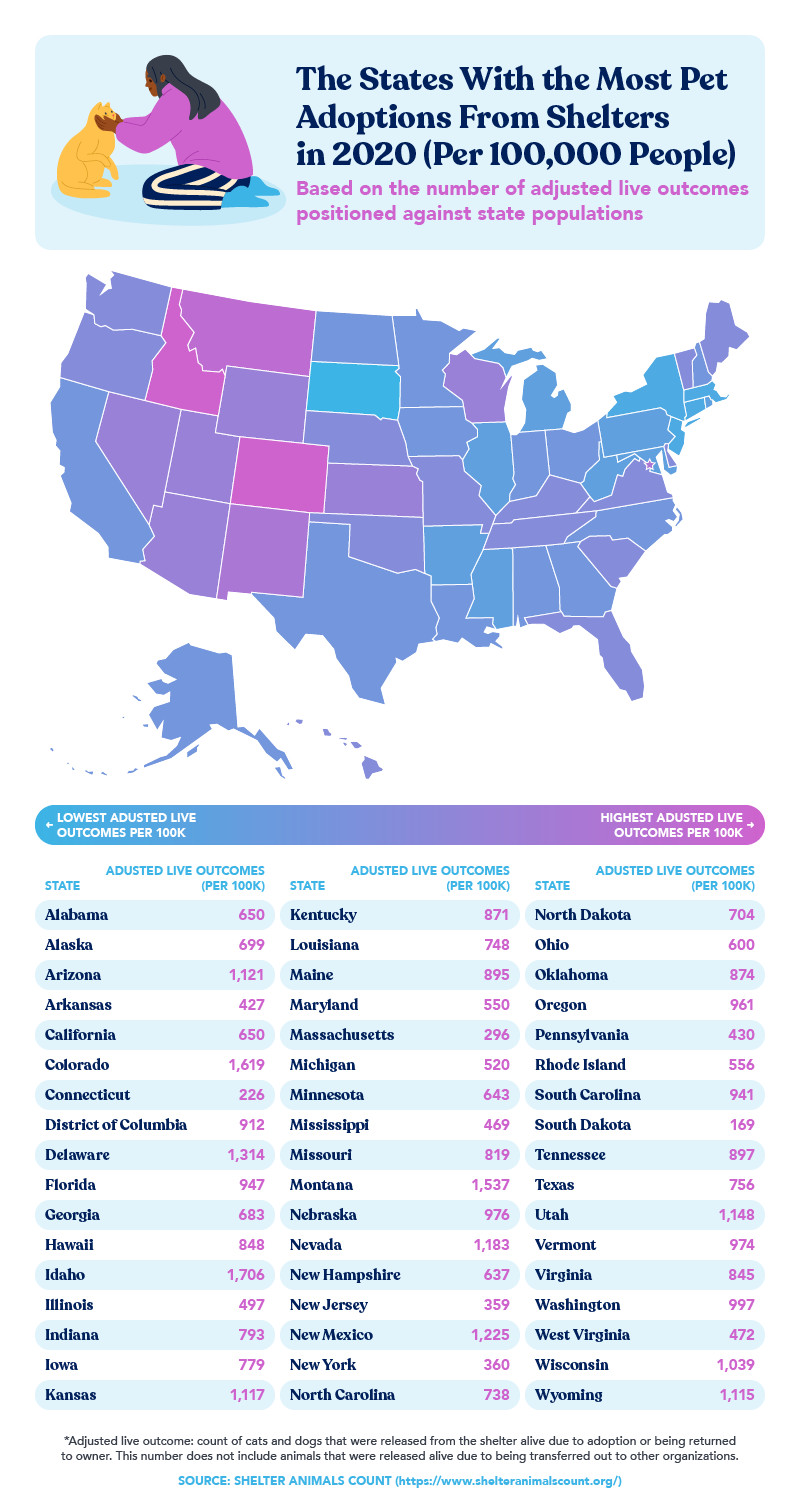 We then looked at the number of 2020 pet adoptions in each state per 100,000 people to gauge what these totals look like when positioned against each state’s population as a whole. From this view, Idaho (#1), Colorado (#2), & Montana (#3) earned the top three spots, each with a significant number of pet adoptions compared to the state population. According to the Denver Post, the day the Denver Animal Shelter re-opened, post-shelter-in-place, every dog available was adopted, with lines forming halfway around the building. Pet adoptions continue to be competitive in Colorado even in 2021.

Delaware (#4), New Mexico (#5), and Nevada (#6) also landed the list of top ten states with the most 2020 pet adoptions per 100,000 people. Shelters in New Mexico attribute much of their success with adoptions to their foster program. The Albuquerque Animal Welfare Department reported 350 animal adoptions during the month of January, noting that the majority of their fosters have turned into long-term adoptions. 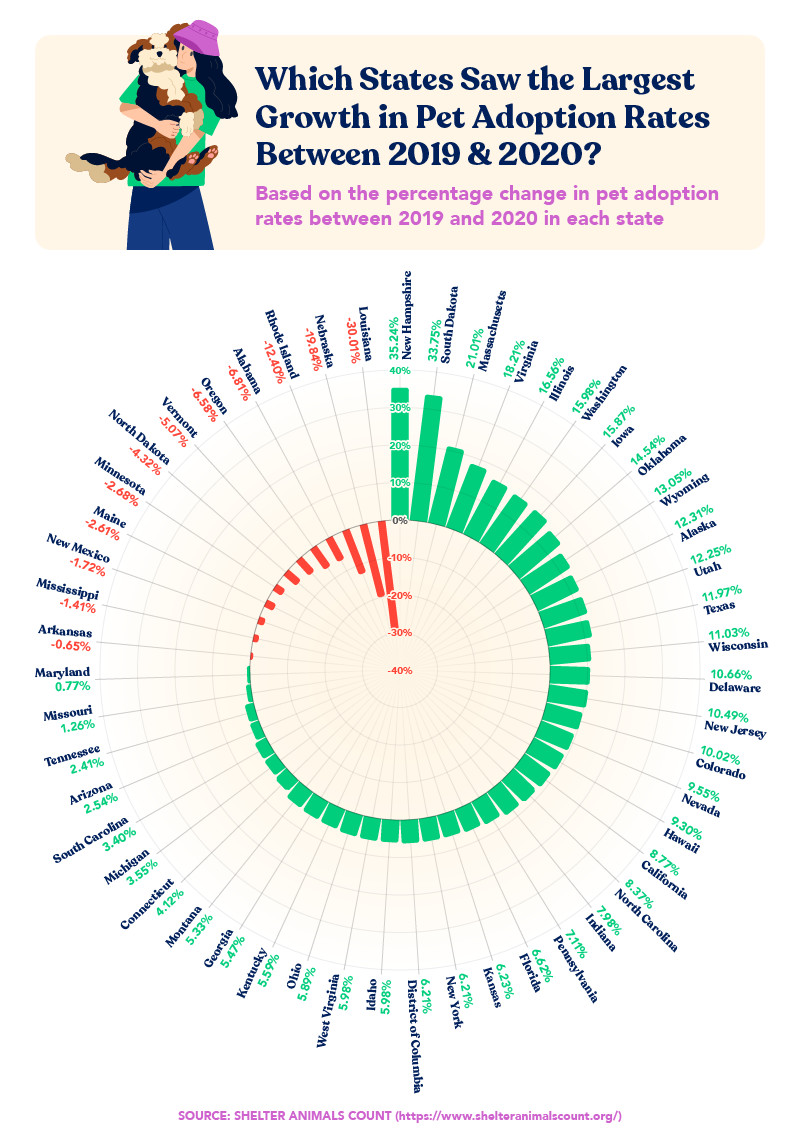 Next, we pulled adoption rates in each state for 2019 and 2020. We calculated the percentage change between the two rates to determine which states saw the largest spike in adoption rates between 2019 and 2020. The results reveal New Hampshire residents were itching for furry companions last year. New Hampshire saw the largest growth rate – 35.24% – followed by South Dakota and Massachusetts, with 33.75% and 21.01% growth respectively.

The rise of remote work may be the catalyst for growing pet adoption rates in some states. Working from home, people have more time to devote to their animals and greater flexibility to take on tough tasks like potty training. Massachusetts, for example, is booming with teleworkers. With 49.5% of Massachusetts households containing one or more members who work from home, it’s no wonder their pet adoption rates grew by over 20% between 2019 & 2020. 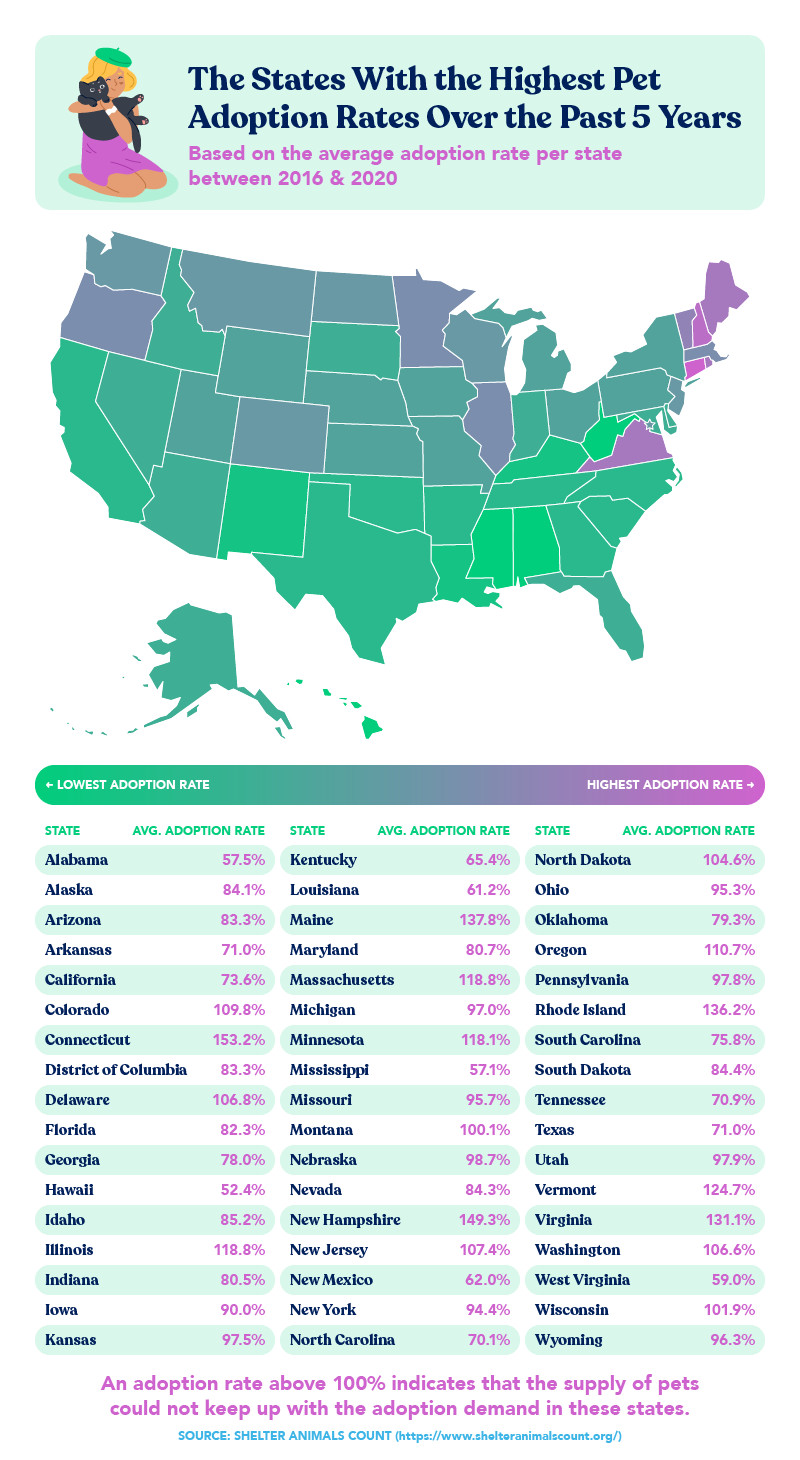 We end our study with a nail-biting bar chart race, highlighting the states that saw the highest pet adoption rates each year over a five-year period. Hopefully, your state landed a top spot!